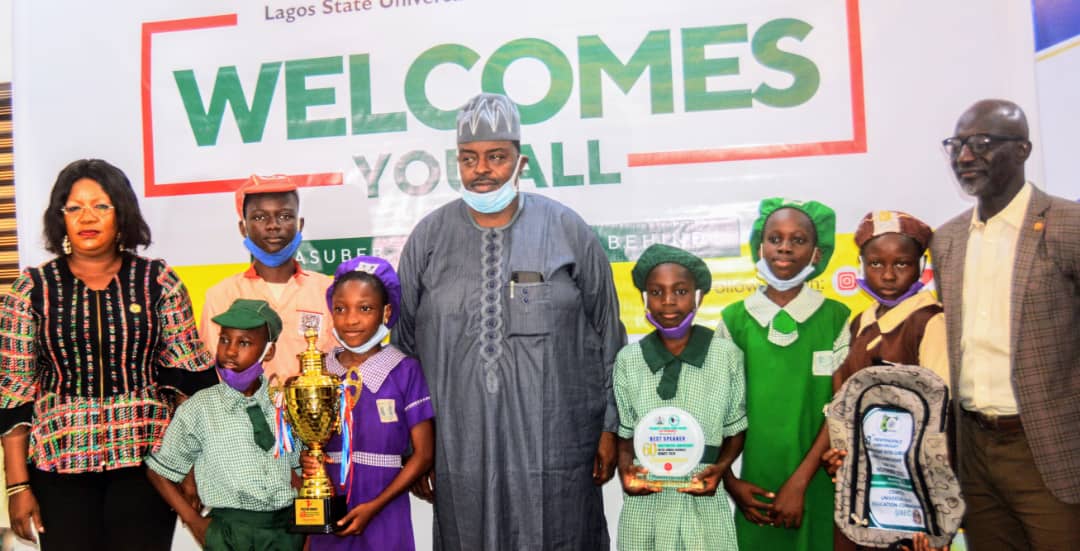 In his address, the Executive Chairman of LASUBEB, Hon. Wahab Alawiye-King, commended the young speakers who came from different Public Primary Schools within the State for emerging victorious at the competition.

The Lagos SUBEB boss gave kudos to Governor Babajide Sanwo-Olu for his huge investment in the Education Sector and his inclusion of technology in education. He said these priorities are yielding positive results.

"EKOEXCEL is actually not in vain. It has successfully upscaled learning outcomes in our Public Primary Schools. We are proud of Mr Governor for this," he said.

While also appreciating Elizabeth Adeleye, who won the Best Speaker prize at the debate competition and other young speakers who represented the State for coming out top among other pupils across the country, he encouraged the pupils to keep shining and to continue to engage in public speaking to develop their critical thinking and logical reasoning skills.

Alawiye-King appreciated the handlers for their relentless efforts in grooming the pupils for the national championship despite the restrictions caused by the pandemic.

He said that they have proven that, with the right guide, Lagos state pupils can compete locally and internationally. "I am delighted that our pupils came out victorious at the competition. It has demonstrated that the best can come out of public schools. We are proud of our teachers," he said.

The victory at the National stage has qualified Lagos Subeb to represent Nigeria at the World Schools Debate Championship coming up in 2021 at a country that will be communicated at a later date.