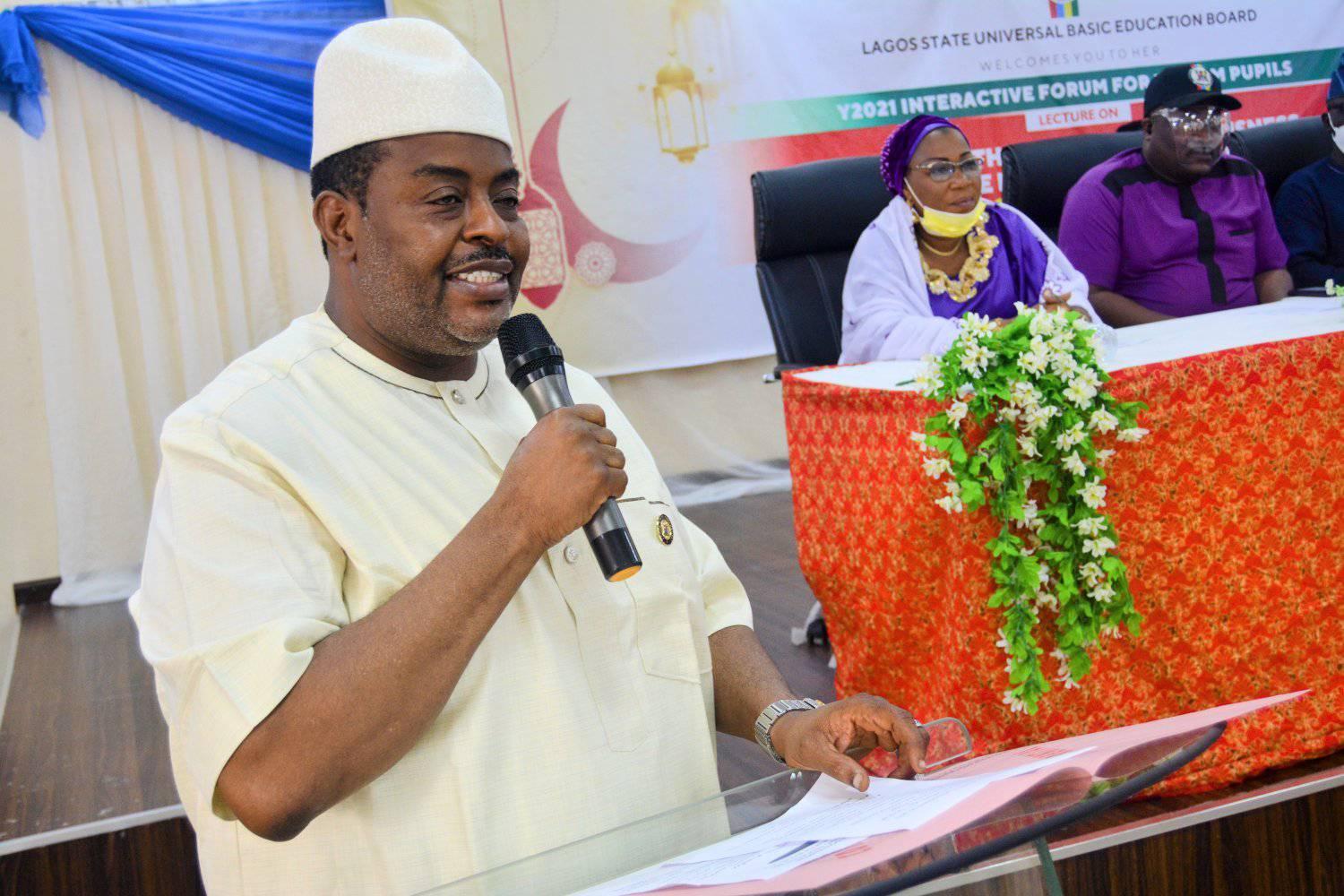 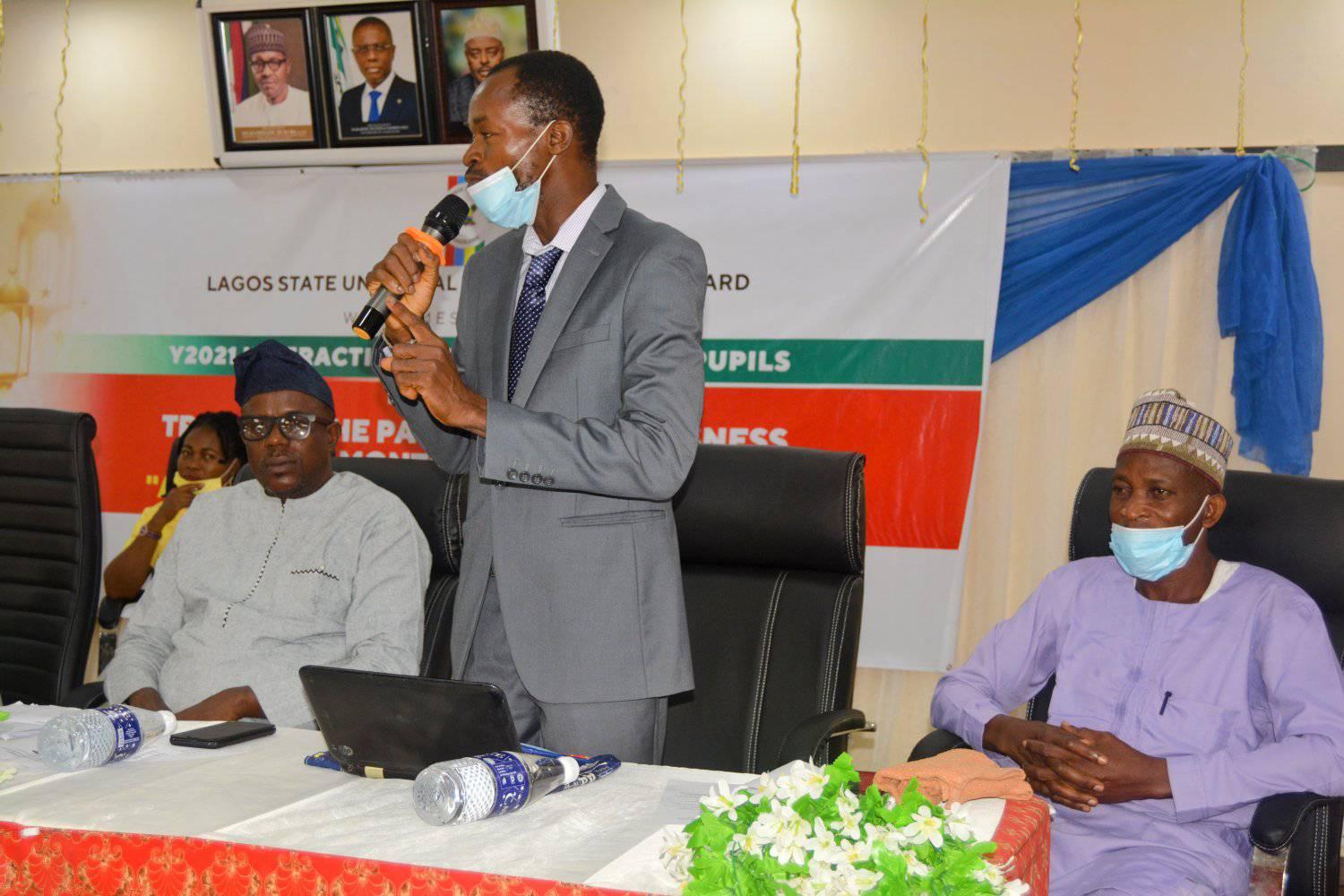 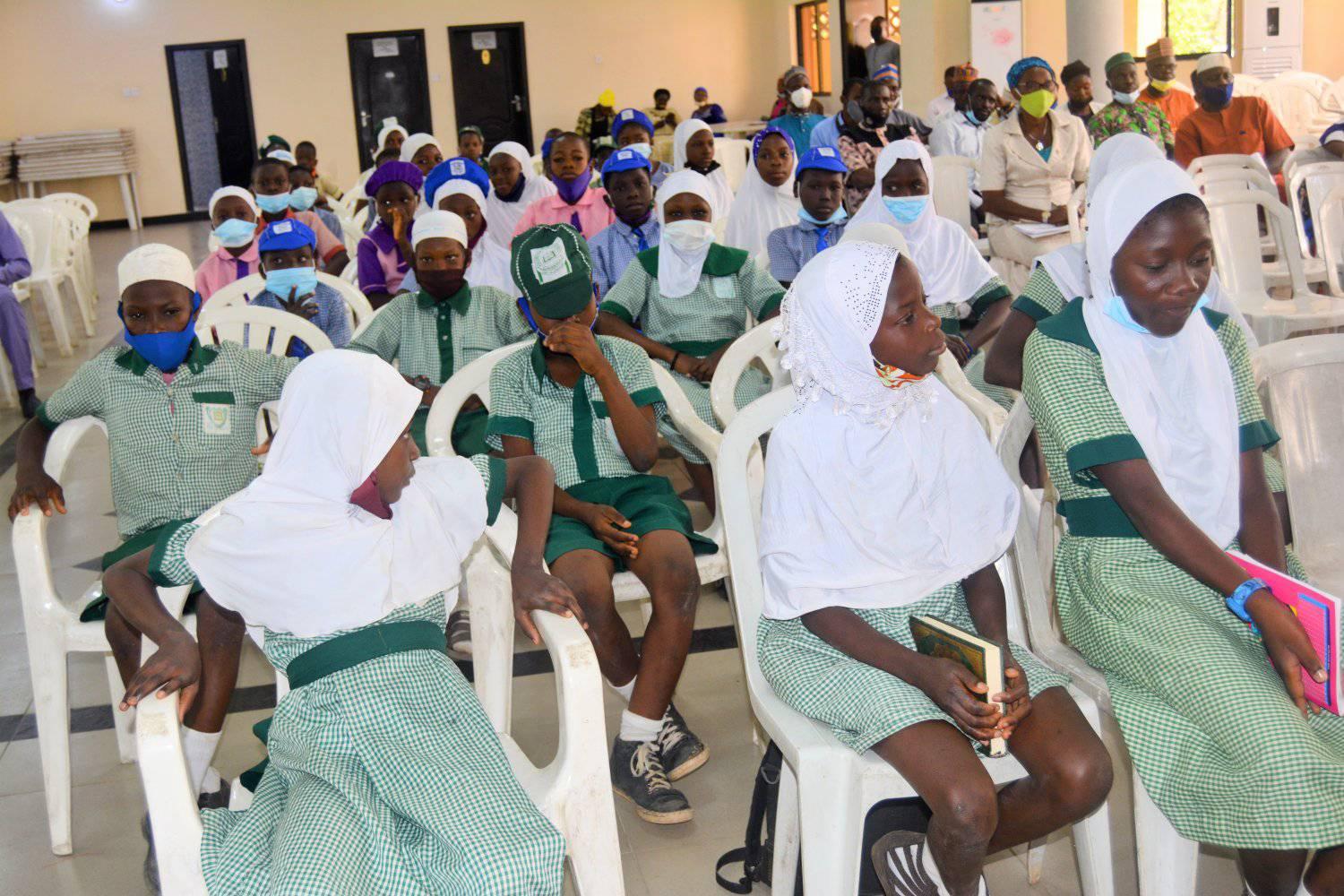 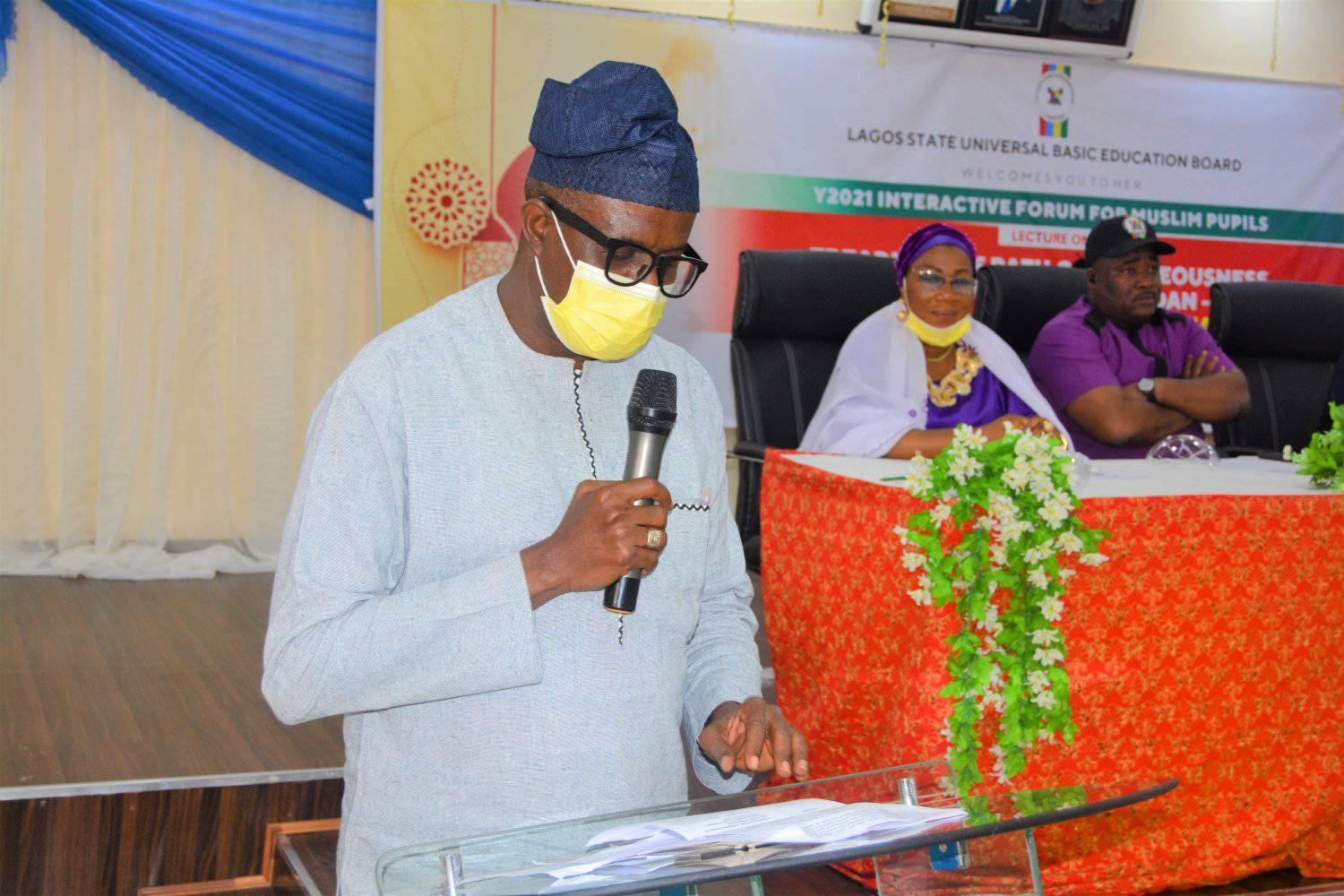 The Executive Chairman of Lagos State Universal Basic Education Board, LASUBEB, Hon. Wahab Alawiye-King, has urged school pupils to be righteous not only in the month of Ramadan but at all times.

He gave the advice at the Annual Interactive Forum for Muslim Pupils in Public Primary Schools themed “treading the path of righteousness in the month of Ramadan-a lasting solution to social malady” which took place at LASUBEB Multipurpose Hall, Maryland, Lagos.

He noted that Ramadan was prescribed by Almighty Allah to all Muslims in the holy Quran to instill discipline, self restraint, and also as a period to show love to one another.

According to him, “It is about showing love and empathizing with others particularly in the period of emotional and social imbalances.”

Alawiye-King urged school pupils to obey rules, respect their parents, teachers and other constituted authorities as stated in the Holy Quran so that their good deeds can be acceptable to Allah.

The LASUBEB member in charge of School Support Services, Dr. Saheed Ibikunle, challenged the school pupils to indulge in the words of the Holy Quran by imbibing the culture of righteousness.

The Guest Speaker at the event, Imam Tajudeen Lawal, mentioned that the fundamental beliefs and deeds that constitute righteousness are the six pillars of Islam, stressing that the quality of righteousness is found in the person who believes in God and his commandment.