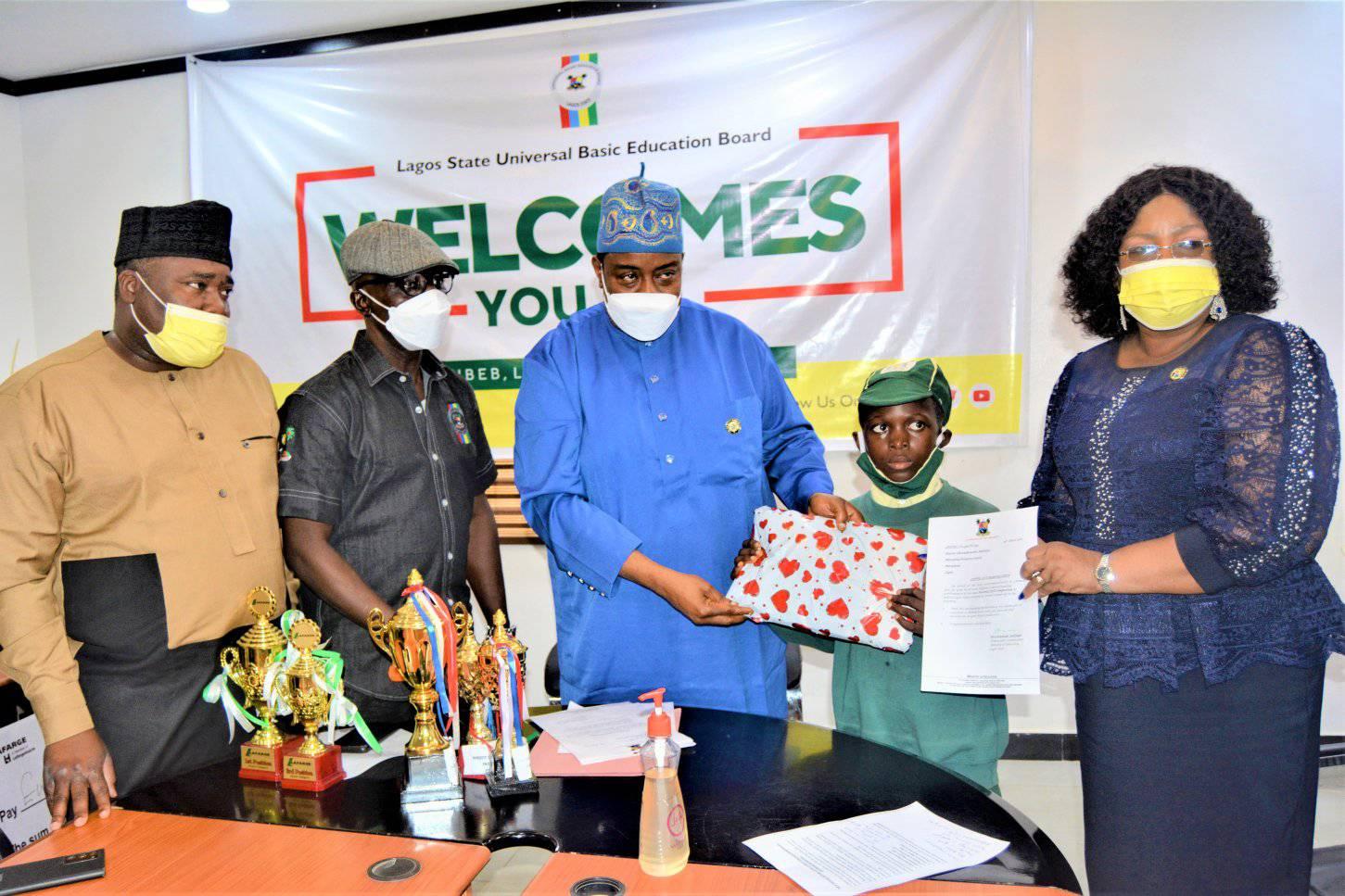 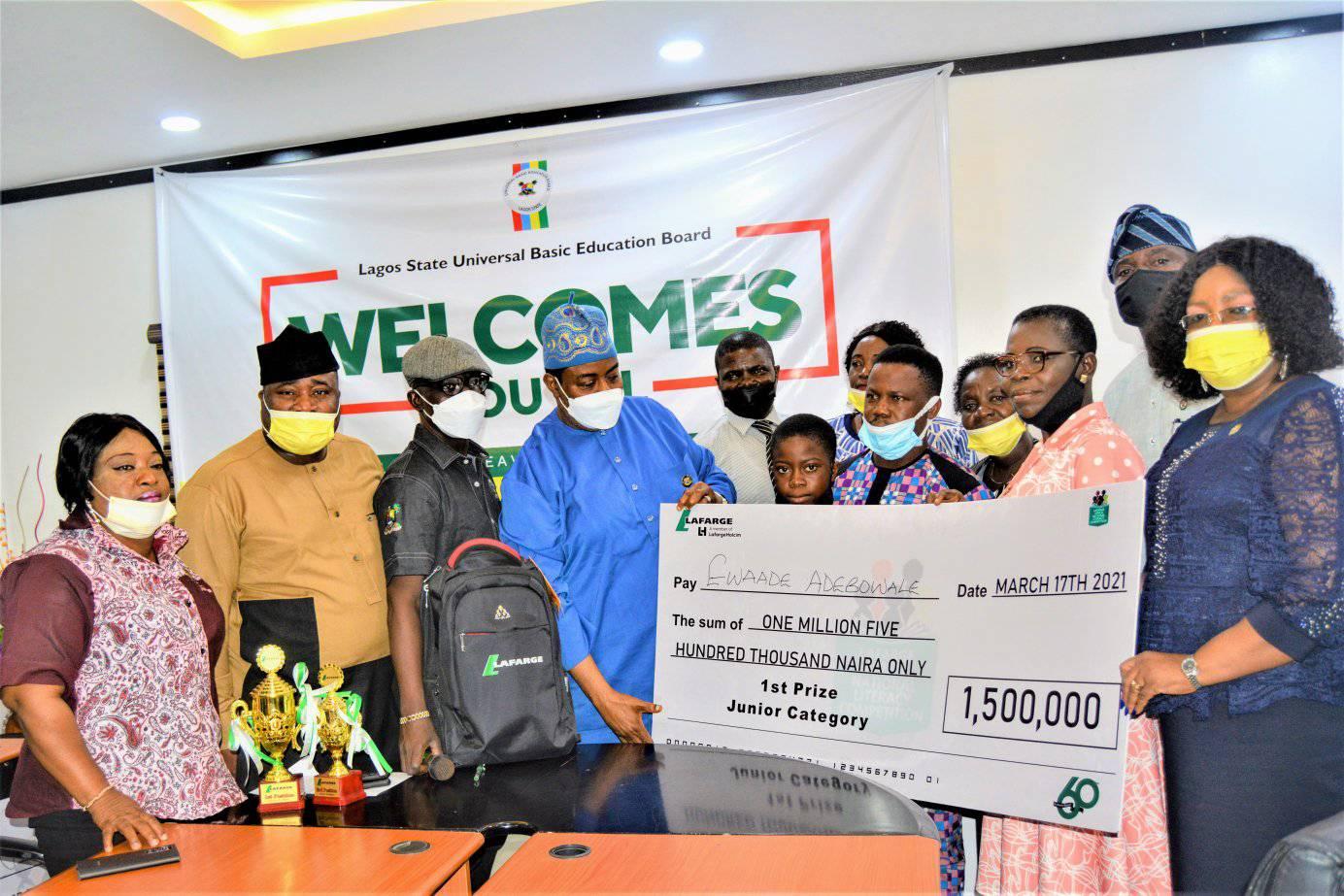 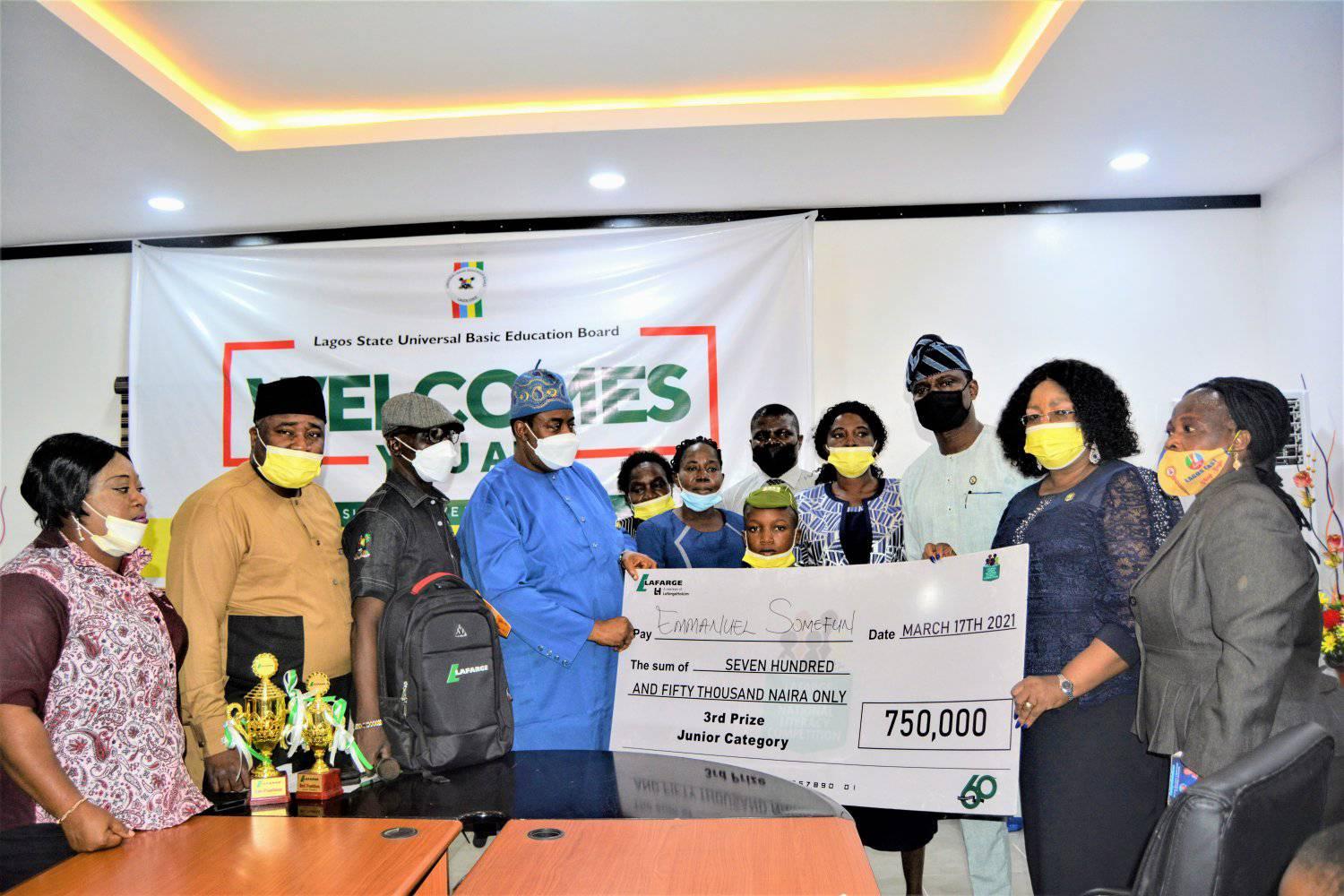 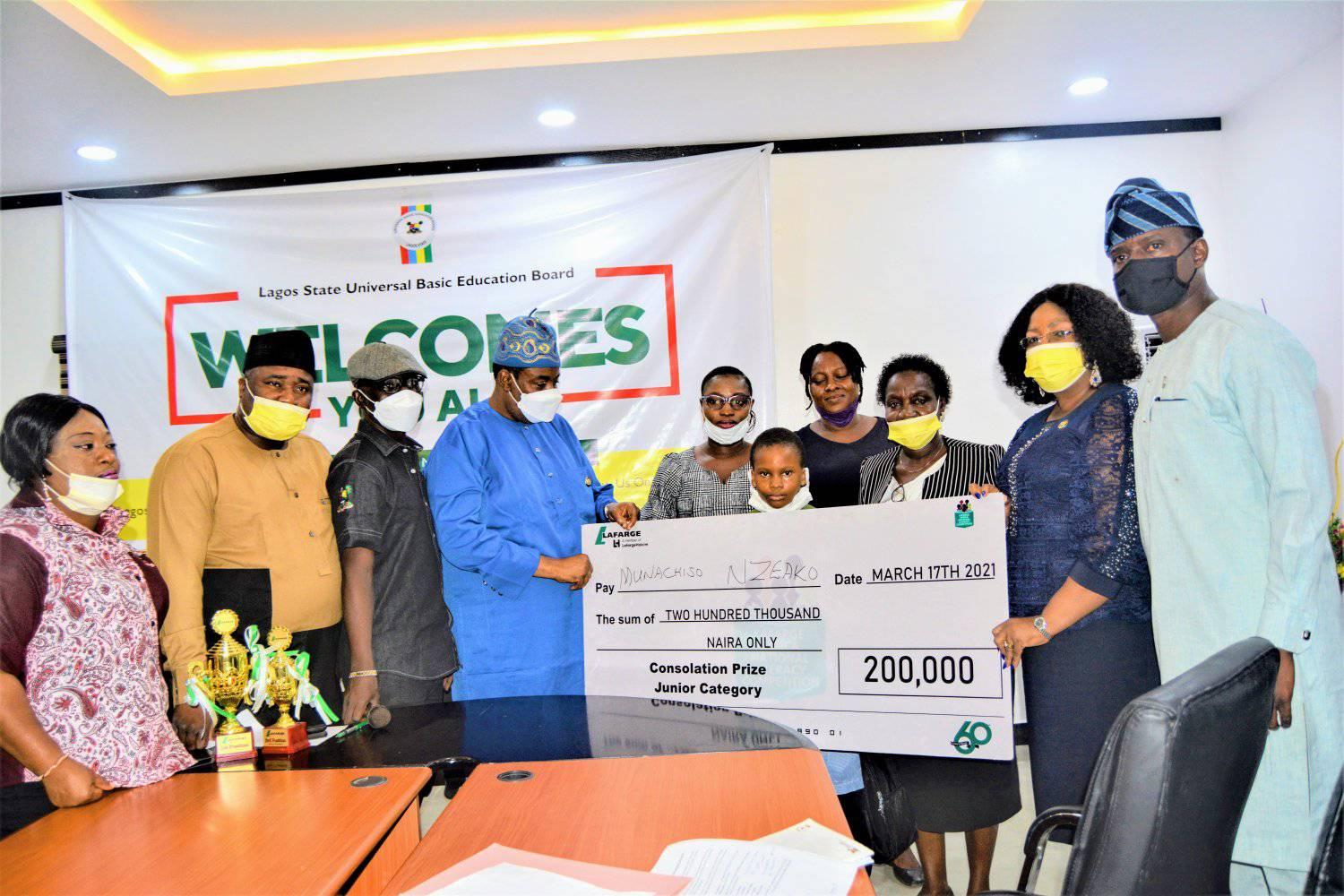 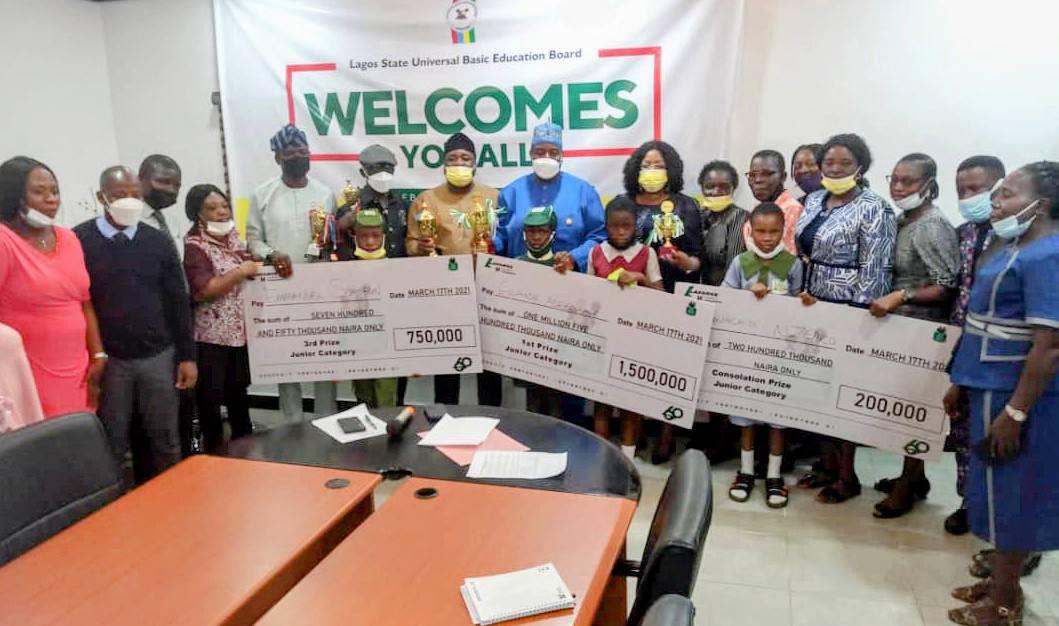 Hon. Wahab Alawiye-King, Executive Chairman, LASUBEB commended the pupils who emerged winners at the JETS competition and the Essay Writing with prizes from the organizers and commendation letters from the Lagos State Commissioner for Education.

While presenting commendation letters to the teachers and cheques to the Pupils, the Chairman appreciated them for grooming the pupils for the competitions and also encouraged them not to rest on their oars in delivering quality education in the state.

He noted that the various laurels won by public primary school pupils is an attestation to the success of Governor Babajide Sanwo-Olu's EKOEXCEL programme.

Thereafter, the Board Chair proudly received the winning trophies brought to the State by the pupils.

Alawiye-King encouraged the pupils not to relent, adding that they should continue to engage themselves in activities that will develop their critical thinking abilities.