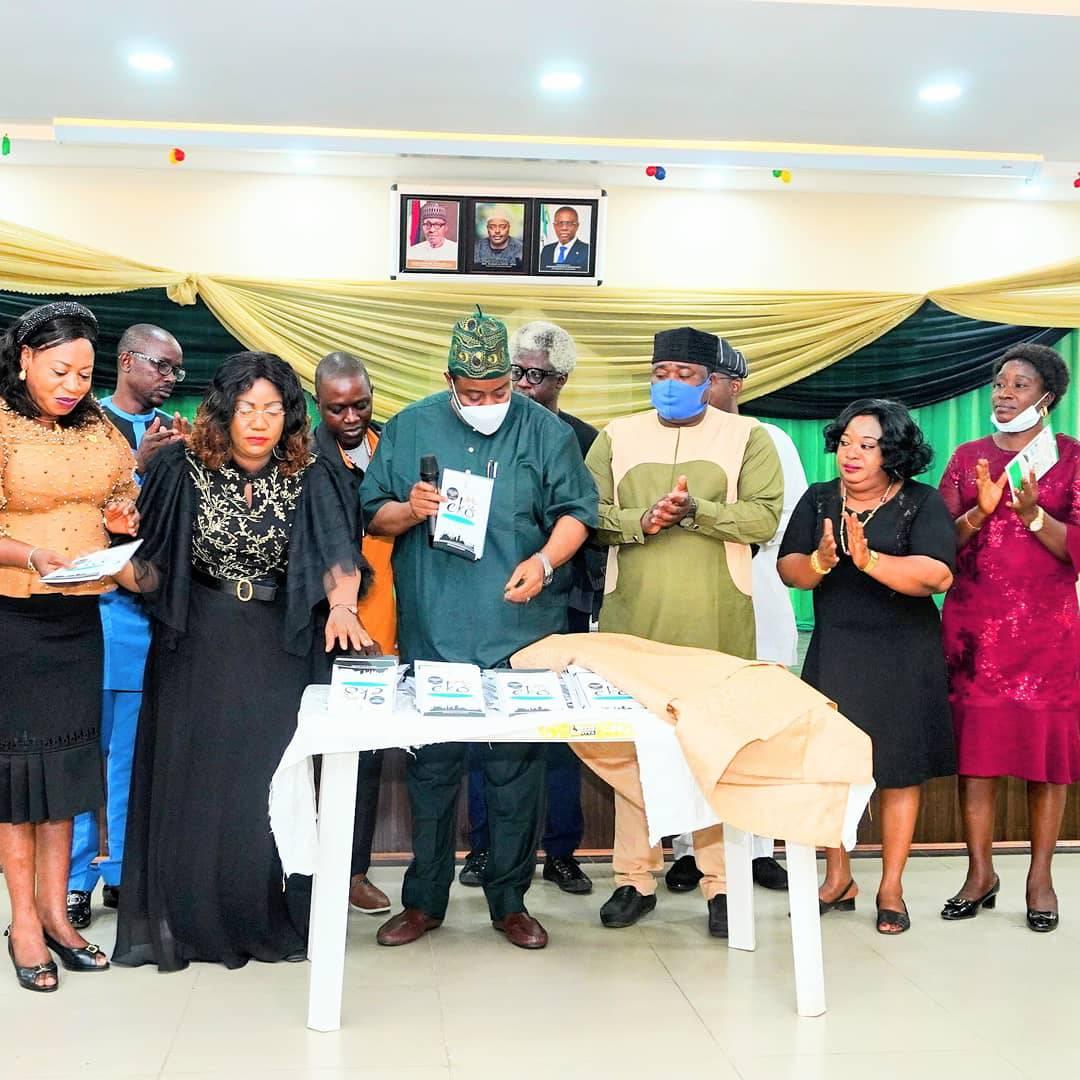 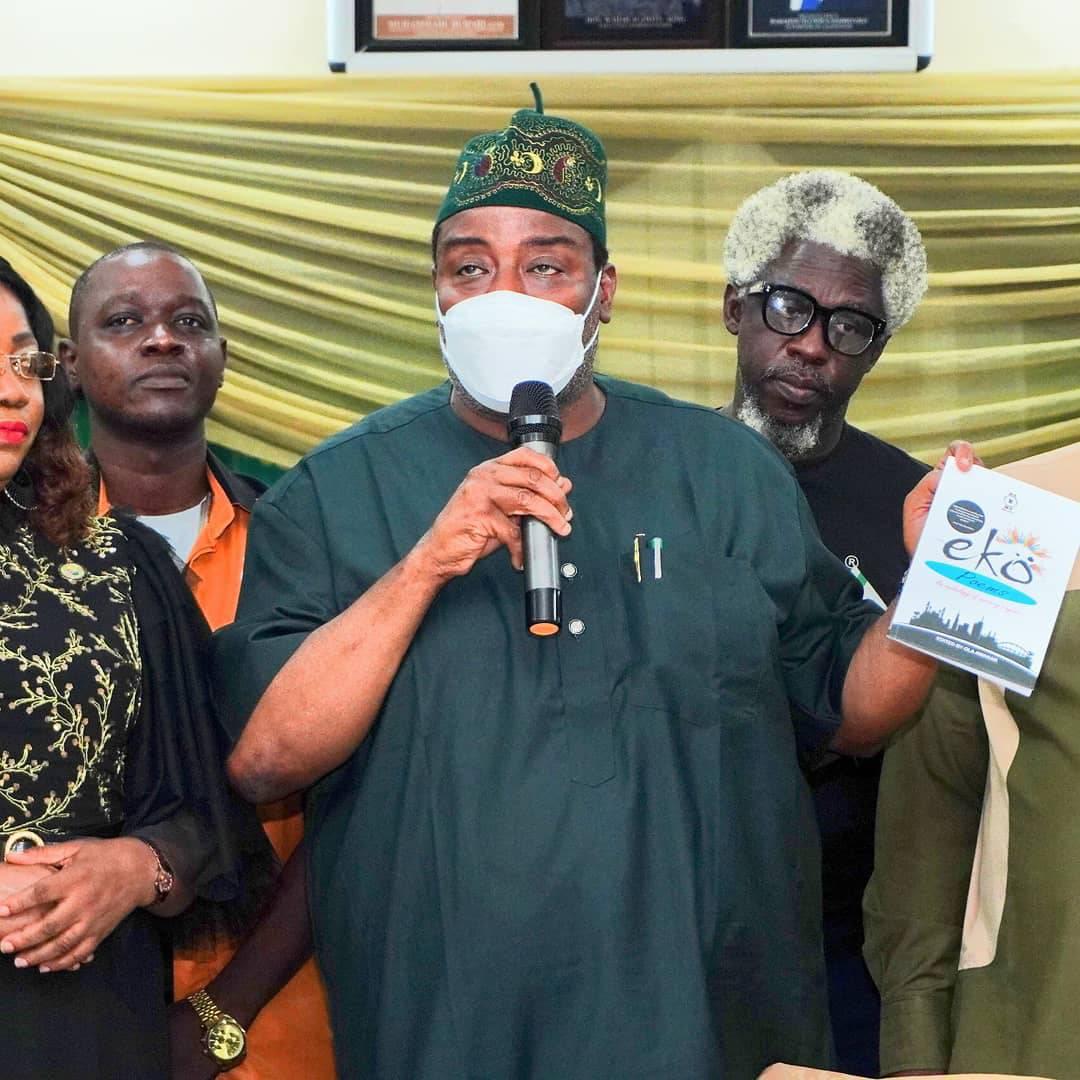 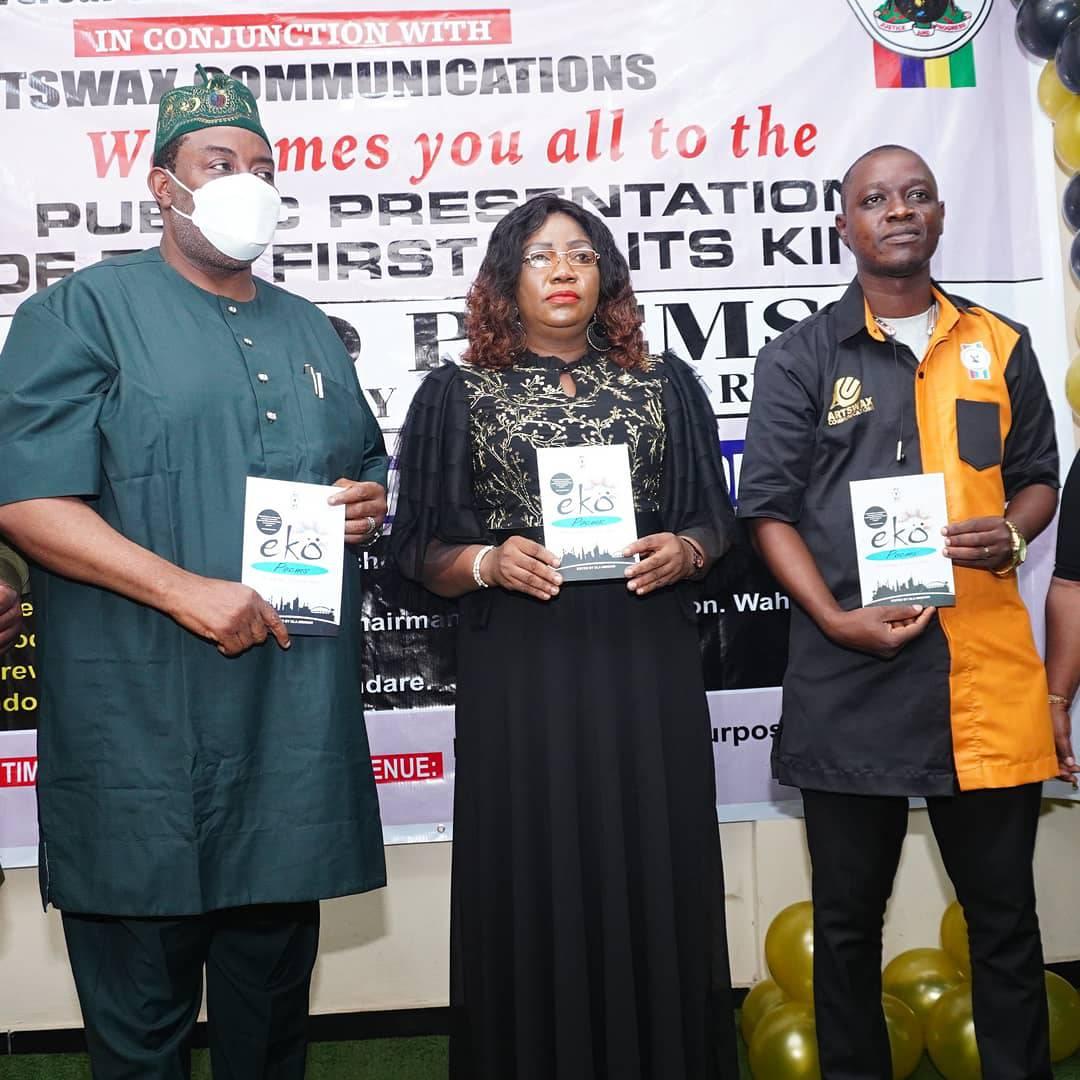 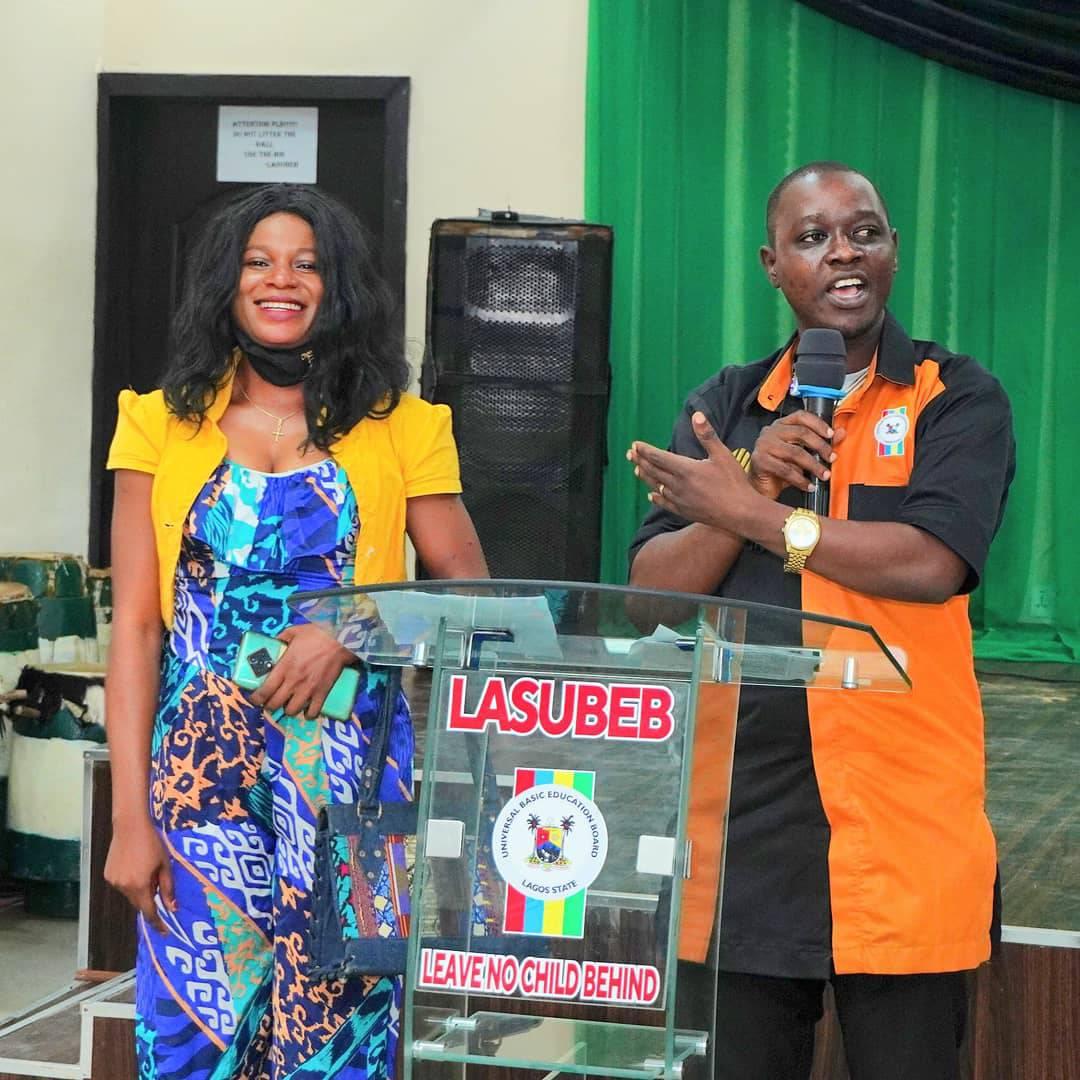 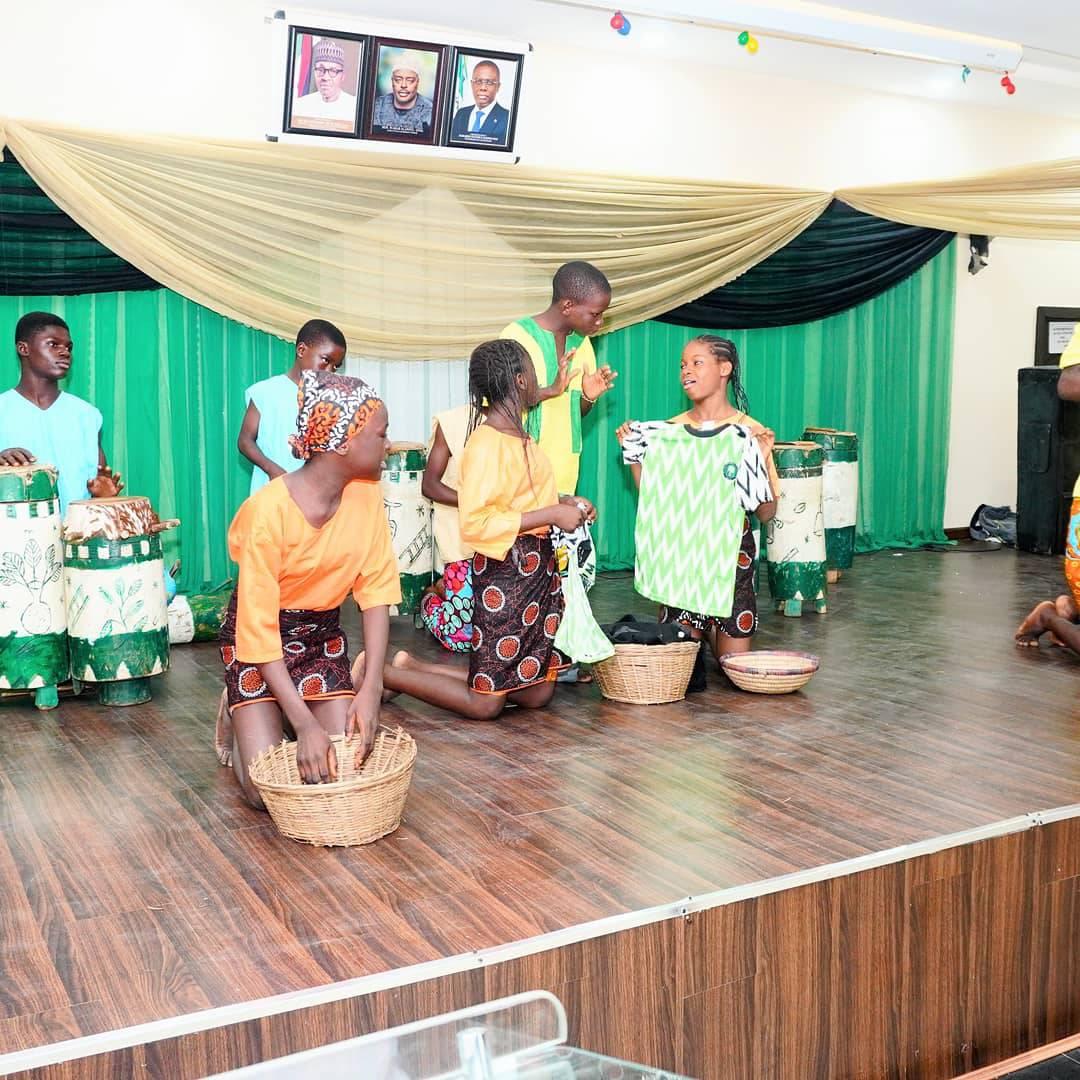 The Lagos State Universal Basic Education Board in partnership with Artswax Communications launched EKO POEMS: An anthology of Nursery Rhymes on Thursday, 5th August, 2021. Recall that Eko poems was flagged off at the maiden edition of Primary Schools Poetry Festival last year January. Over 300 hundred pupils of the state primary schools participated in the poetry competition at the end of which 63 finalist poems were selected and documented into a book for future reference after the preliminaries.

During the book launch which took place at LASUBEB multipurpose hall, Maryland Ikeja, the Executive Chairman LASUBEB, Hon. Wahab Alawiye-King disclosed that the book comprises the collections of best selected poems written by the pupils of public primary schools. He stated that the theme “My Lagos, The Today, The Tomorrow” has created a platform for pupils to express themselves through writing. He added that it is part of the State’s effort in fostering creative thinking among pupils.

He noted that the era of nursery rhymes that depicts foreign distinctions is gradually facing out, stating that the initiative has challenged the children to reflect on the society with it values and character of people around them .

“I am elated at the final outcome, which undoubtedly opens up the minds of our young ones to literary expressions” he said.

Alawiye-King commended the Board’s partners on EKO poems for their immense contributions towards the success of the project. He equally congratulated the outstanding young poets of public primary schools in the state for making the historic event possible and also encouraged them to continue to express themselves with their pens.

The initiator of Eko Poems and Director of Artswax communications, Ola Awakan revealed that the emotional outburst of the innocent young minds is exemplified in the book. He thereafter called for corporate social responsibility in achieving the first Eko Nursery Rhymes App.